I’m not even an American citizen and yet the 2016 US presidential election has already driven me half mad. The polls are currently looking pretty balanaced which I’m sure is putting everyone on edge. Come November 9th we’ll (hopefully!) all know who the next president of the United States of America will be, between either Hillary Clinton and Donald Trump. It’s just far away enough for you to clutch onto your knitted / crocheted presidential candidate doll of choice, or of course, ‘the one who got away :(‘ Bernie Sanders.. 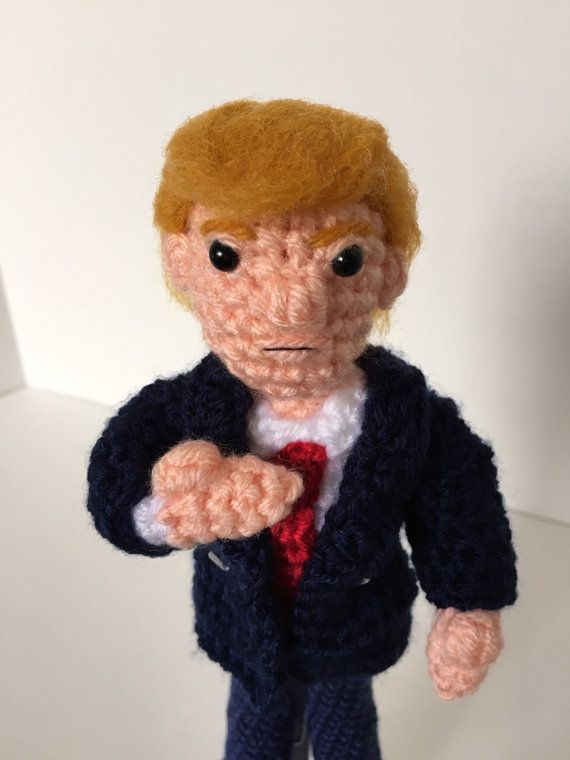 This is a very well made knitted (well crocheted) doll of ‘the donald’. They even got his crazy hair right 😉 (made to order doll here) 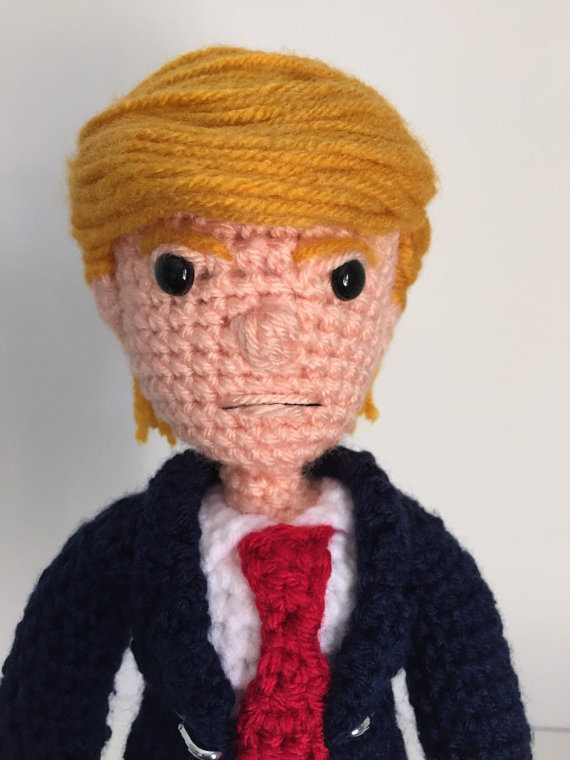 Who knew that you lose twenty years off your age and twenty pounds from your waistline during the process of being knitted!  [donald trump crochet pattern] 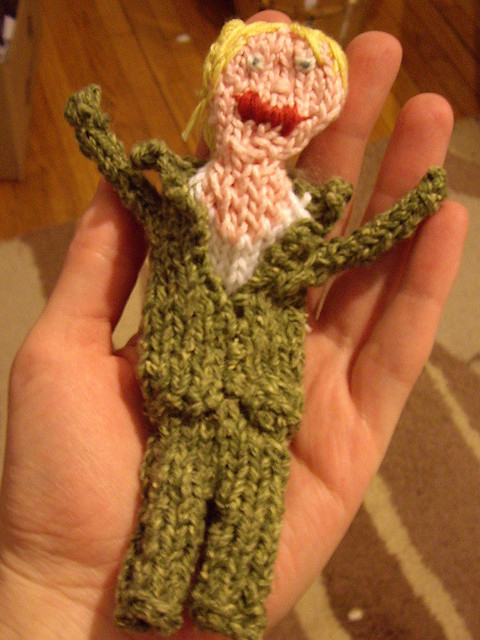 The least said about this one the better. I’ll not link to the knitting pattern 😀 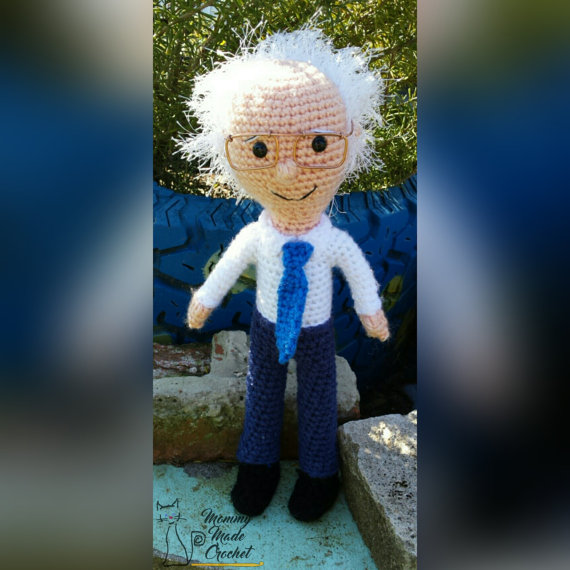 A still feel bad that bernie isn’t on the ballot. The knitter of this cute bernie doll really does him justice with this! 🙂 [pattern] 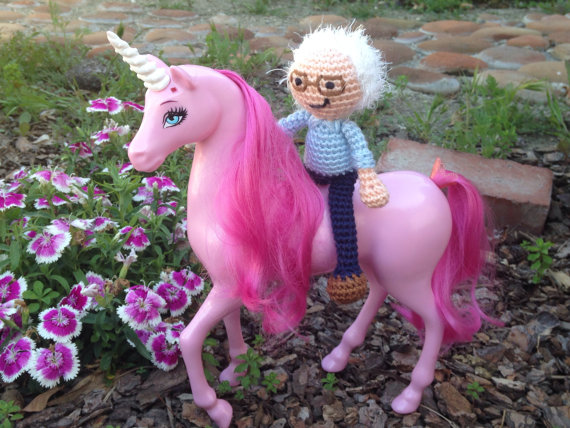 This of my fantasy outcome for the election, Bernie Sanders swooping in on the back of a pink unicorn, going straight to the oval office, and the whole election being called off [bernie sanders pattern]